Roger Gill Motors are a locally owned family run dealership owned by Phillip & Shelley Gill. We are proud to be representing the Mitsubishi Motors NZ Franchise in Pukekohe.

We want you to enjoy the experience whether it is a New or Used vehicle you are looking at, talk to one of our friendly Sales Staff and they will ensure that you are well looked after. We understand that purchasing a vehicle can be an overwhelming experience; our staff will take the time to make the entire purchasing process with us an enjoyable one.

We will ensure that we find the vehicle that best meets your needs. We are in a prime location allowing for an open road test and no major traffic problems compared to Auckland city. All trade ins are welcome and we offer a no obligation free valuation.

We can organise nationwide delivery of your new vehicle and can even deliver it personally to you if you live within the Franklin area. 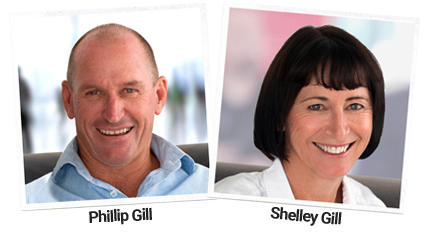 Those were the days...Roger Gill Motors flies its flags proudly from the site on the corner of Manukau and Kitchener Roads, Pukekohe, proud to be part of the community where it all really started for this firm.  Business owner Phillip Gill talks about the family history and connections with Pukekohe Township. His grandfather the late William Gill was involved in the New Zealand transport industry for over 80 years.  William started business back in 1924 and established his company William Gill Limited in Pukekohe in 1930, old photographs show the business located on a block of land between King and West Streets, around where the current Smart Bar is now situated.  The business operated up until the early 1950’s when it was sold.

In 1953 William started another business in the north Waikato town of Huntly where the coal mining industry was booming at the time, founding William Gill and Sons Ltd.  Sons Brian and Roger took the reins of different strands of the business, Brian managing the Truck division and Roger responsible for Cars and Agriculture. These were busy times under the Todd Motors Network with vehicles from Commer, Dodge and Chrysler Hillman and David Brown tractors.  In later years these brands were replaced by Mitsubishi vehicles and Case IH tractors.

In 1988 Roger formed his own company Roger Gill Motors Ltd which continued to operate out of Huntly, while also extended the business to include a marine division. Following family tradition Roger’s son’s Phil and Mike worked alongside him until 1996, when he sadly passed away. 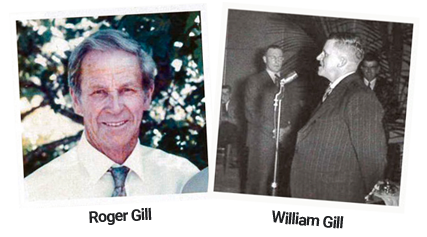 Phil took over the Car and Agriculture side of the business at this time, and in 1999 an opportunity arose enabling him to bring the business back to Pukekohe while still operating the Huntly branch. The following year Phil and his wife Shelley settled here with their four young daughters, embracing the many opportunities this vibrant rural town has afforded. “It has been a wonderful place to bring up our family” comments Phil.

In the years since then the team at Roger Gill Motors have worked hard to serve the communities both in Pukekohe and Huntly. “We recognise the benefits of employing and retaining good personal in our business and have a number of long serving staff members” says Phil. Times have changed dramatically since William first opened his business back in 1930, and Phil is proud to be part of an ongoing family tradition of service. “I believe that providing good Customer Service is a key aspect of our business as well as being fortunate to have major brands to represent, like Mitsubishi, and a market leader Case IH tractors” says Phil.